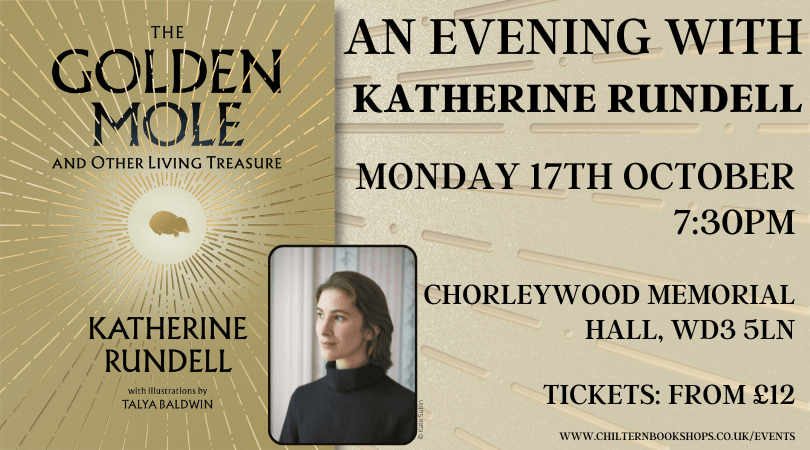 Join bestselling author Katherine Rundell as she brings to life some of the world’s most extraordinary endangered animals.

A swift flies two million kilometres in its lifetime. That’s far enough to get to the moon and back twice over – and then once more to the moon.

A giraffe was once given to the King of France; she marched through the streets, dressed in the finest couture raincoat Paris could produce.

A pangolin’s tongue is longer than its body. It keeps it neatly furled in a pouch near the hip.

The Golden Mole is a lavishly illustrated collection of the lives of some of the Earth’s most astounding and vunerable animals.