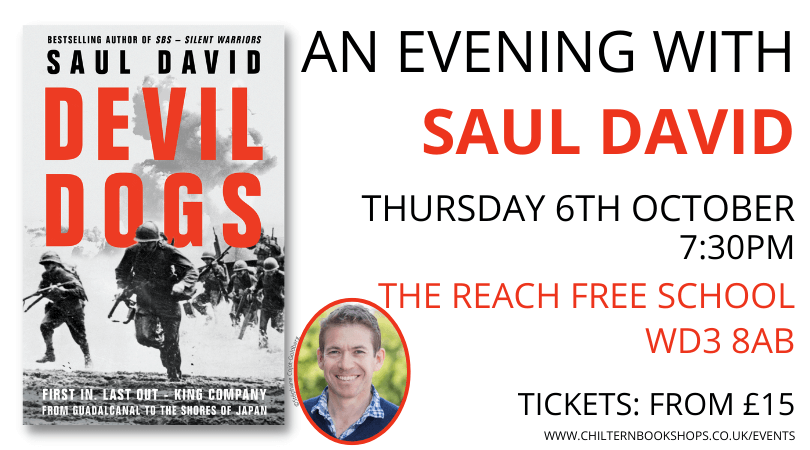 The dramatic Second World War tale of the first American troops to take the fight to the enemy.

The ‘Devil Dogs’ of K Company, 3/5 Marines, were part of the legendary first Marine Division of the US Army. They landed on the beaches of Guadalcanal in the Solomon Islands in 1942 – the first US ground offensive of the war – and were present when Okinawa, Japan’s most southerly prefecture, finally fell to American troops after a bitter struggle in June 1945. In between they fought in the ‘Green Hell’ of Cape Gloucester on the island of New Britain, and across the coral wasteland of Peleliu in the Palau Islands, a campaign described by one K Company veteran as ‘thirty days of the meanest, around-the clock slaughter that desperate men can inflict on each other.’

Ordinary men from very different backgrounds, and drawn from cities, towns, and settlements across America, the Devil Dogs were asked to do something extraordinary: take on the victorious Imperial Japanese Army, composed of some of the most effective soldiers in world history – and defeat it. This is the story of how they did just that and, in the process, forged bonds of brotherhood that still survive today.