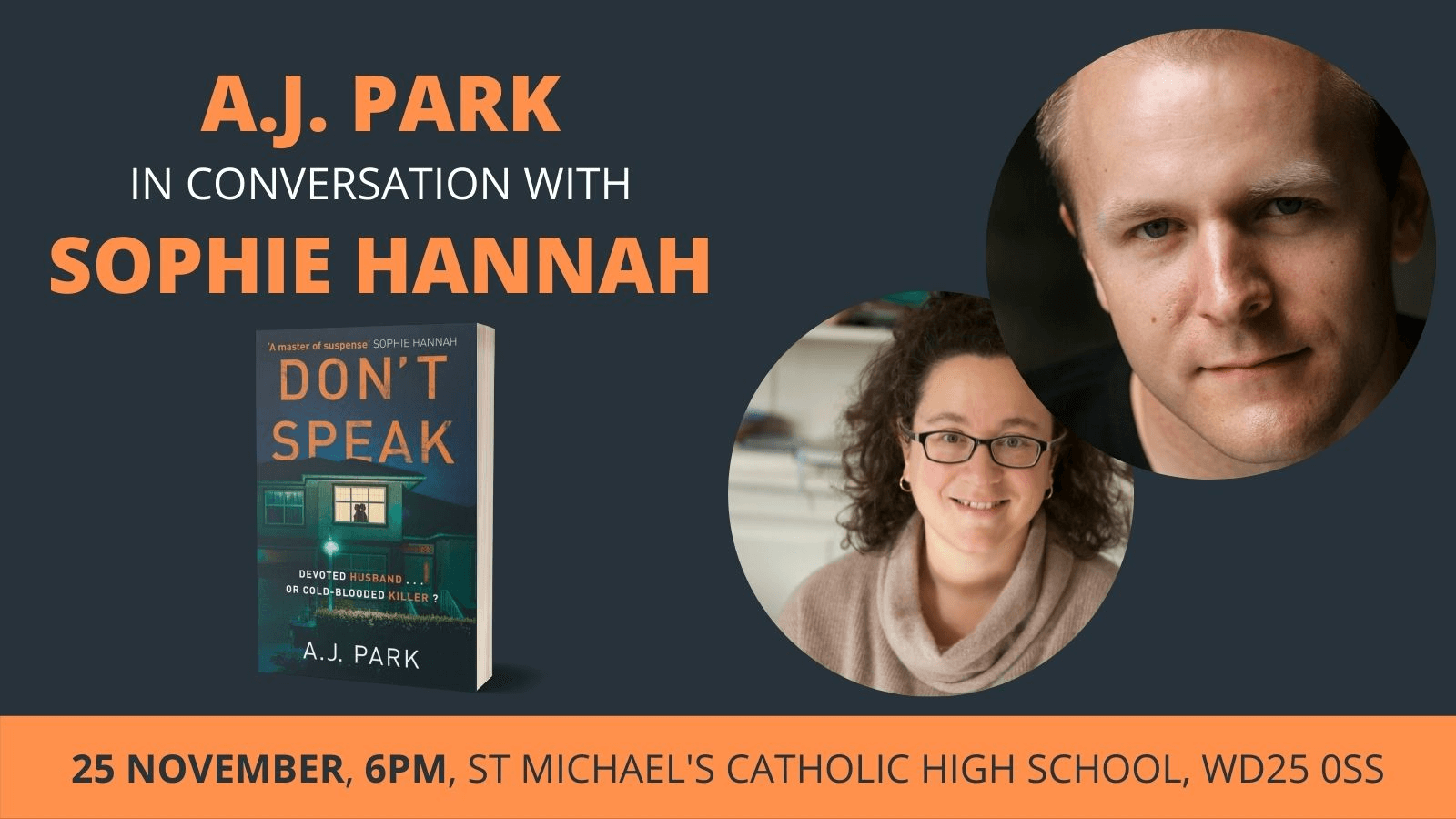 Join international bestselling author Sophie Hannah on Thursday 25 November at 6pm as she joins A.J. Park on stage to celebrate the launch of his latest thriller, ‘Don’t Speak. Also under discussion will be Sophie’s latest thriller, Haven’t They Grown, and her Agatha Christie Poirot novels. There will also be a broader discussion about being a crime writer, as well as the crime and thriller genre and why it is so popular. The event will conclude with a book signing.

Published by Orion Fiction, A.J. Park’s debut novel was released during the Pandemic and was selected by The Sun as Book of the Week. In addition to support from Sophie Hannah, it received high praise from Martina Cole, Cathy Kelly, Simon Lelic, Susan Lewis, M.W. Craven, Alex Marwood and Luca Veste, among others.

A.J. Park is the pseudonym of Karl Vadaszffy, who is the Head of English at St Michael’s Catholic High School in Watford and has written three novels under his own name, including the UK top ten bestseller and Australia number one bestseller, The Missing.

A New York Times and Sunday Times bestseller, Sophie Hannah’s books have sold millions of copies worldwide and are published in 49 languages. In 2014, she was asked by Agatha Christie’s family to resurrect Hercule Poirot in a series of novels. The first, The Monogram Murders, was a bestseller in 15 countries. Since then, she has written three more Hercule Poirot mysteries, the latest of which is The Killings at Kingfisher Hill. Her next novel, The Couple at the Next Table, will be released in January.