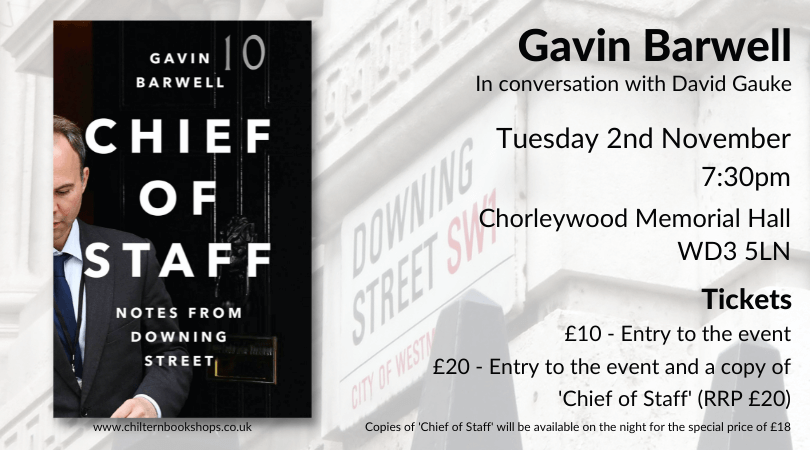 Join Gavin Barwell, fomer Chief of Staff to Theresa May, as he chats to David Gauke about his political memoir ‘Chief of Staff: Notes from Downing Street’.

Since the EU referendum of 2016, British politics has witnessed a barrage of crises, resignations and general elections. Theresa May’s premiership was the most turbulent of all. In her darkest hour, following the disastrous 2017 election, she turned to Gavin Barwell to help restore her battered authority. He would become her chief of staff for the next two years – a period punctuated by Brexit negotiations, domestic tragedy, and intense political drama.

In this gripping insider memoir, Barwell reveals what really went on in the corridors of power – and sheds a vital light on May, the most inscrutable of modern prime ministers. He was by her side when she met Donald Trump, heard about the poisoning of the Skripals in Salisbury, and responded to the Grenfell Tower fire. He was also at the centre of Brexit talks with foreign leaders and MPs from across the house, including Boris Johnson, Jeremy Corbyn and Keir Starmer. Revealing how government operates during times of crisis, this is the definitive record of a momentous episode in Britain’s recent political history.