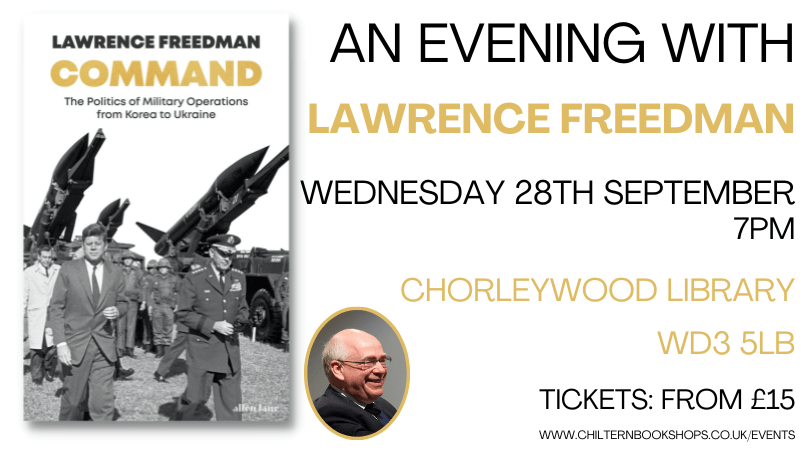 Join leading historian Sir Lawrence Freedman as he reveals the changing face of military command since the end of the Second World War.

Military command has been reconstructed and revolutionized by nuclear warfare, small-scale guerrilla land operations and cyber interference. Freedman takes a global perspective, systematically investigating its practice and politics since 1945 through a wide range of conflicts from the French Colonial Wars, the Cuban Missile Crisis and the Bangladesh Liberation War to North Vietnam’s Easter Offensive of 1972, the Falklands War, the Iraq War and Russia’s wars in Chechnya and Ukraine.

By highlighting the political nature of strategy, Freedman shows that military decision-making cannot be separated from civilian priorities and that commanders must now have the sensibility to navigate politics as well as warfare.