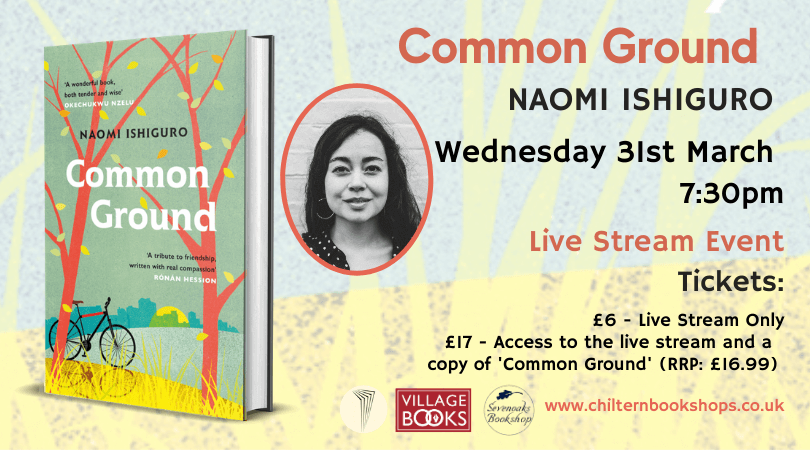 Join us for an evening in with the wonderful Naomi Ishiguro, where we’ll be chatting about her new novel Common Ground.

Did you ever have a friend who made you see the world differently?

It’s a lonely life for Stan, at a new school that feels more ordeal than fresh start, and at home where he and his mother struggle to break the silence after his father’s death. When he encounters fearless, clever Charlie on the local common, all of that begins to change. Charlie’s curiosity is infectious, and it is Charlie who teaches Stan, for the first time, to stand on his own two feet. But will their unit of two be strong enough to endure in a world that offers these boys such different prospects?

The pair part ways, until their paths cross once again, as adults at a London party. Now Stan is revelling in all that the city has to offer, while Charlie seems to have hit a brick wall. He needs Stan’s help, and above all his friendship, but is Stan really there for the man who once showed him the meaning of loyalty?