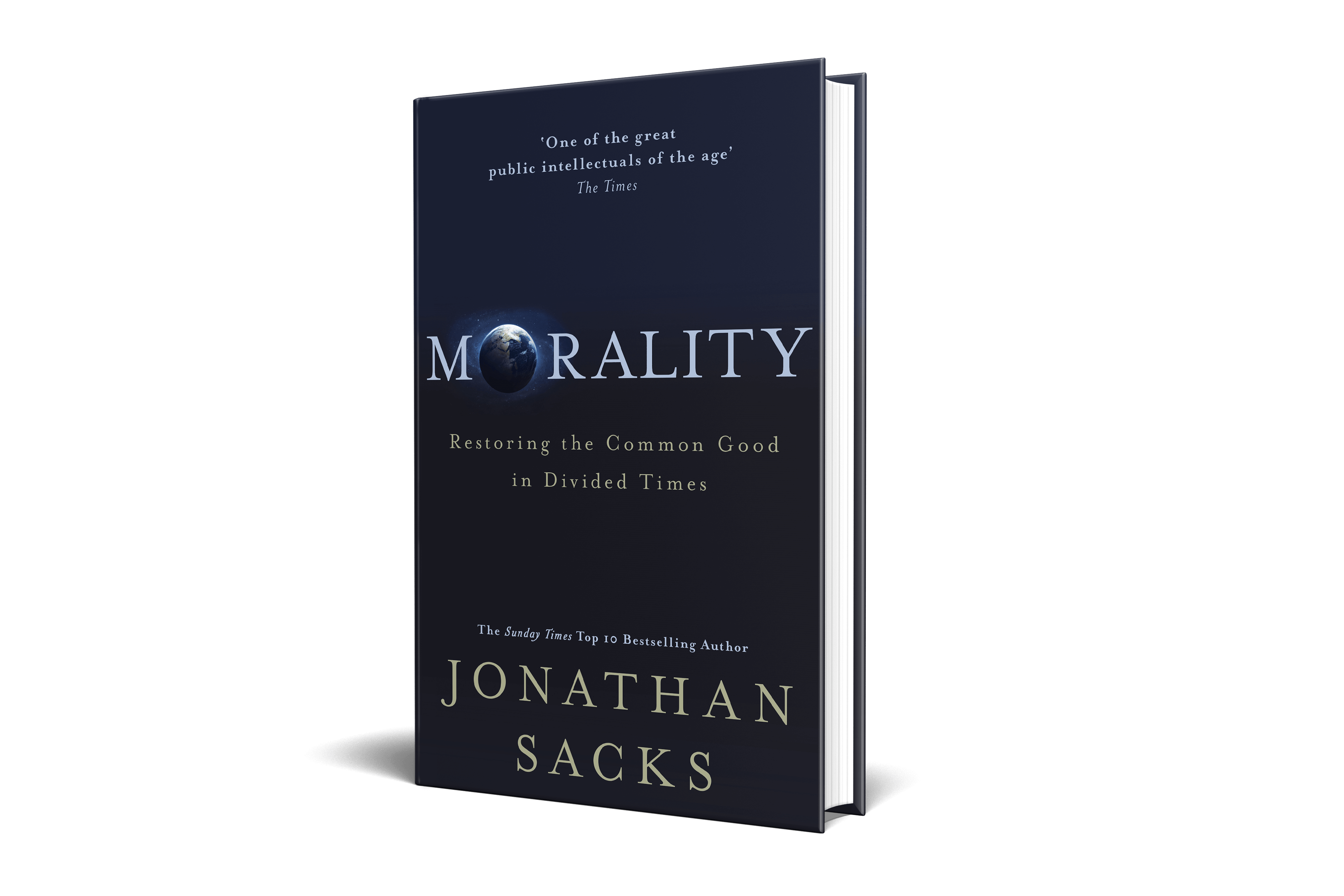 How can we build – or rebuild – a collective culture that is able to both respect difference and draw us together to work for the common good?
In association with Merchant Taylors’ School, we welcome Rabbi Lord Jonathan Sacks to discuss the release of his new book: “Morality: Restoring the Common Good in Divided Times.”
Released on 12th March 2020, Lord Sacks talks to key modern influencers and thinkers – including Jordan Peterson, Melinda Gates and David Brooks – and draws inspiration from the Bible and the historical experience of the Jewish people.
The book examines themes such as lifelong learning, thanksgiving, family life, community, and a culture of positive argument in place of destructive conflict. We will hear him speak about finding a positive way forward whilst weighing up the realities and challenges of the present day.
Rabbi Sacks, former Chief Rabbi of the United Hebrew Congregations of the UK & Commonwealth, is admired by non-Jews as well as Jews, by secular as well as religious thinkers, and is equally at home in the House of Lords and the academy, with strong links to leading universities and yeshivas in the UK, the US and Israel.
Lord Sacks read Philosophy at Cambridge before pursuing postgraduate studies at New College, Oxford and King’s College, London. The Chief Rabbi is a highly respected writer and broadcaster, regularly contributing to Radio 4’s Thought for the Day and with frequent appearances in the broadsheet newspapers. He is the author of over thirty books, including “Not in God’s Name” and “The Great Partnership”.
Buy Tickets