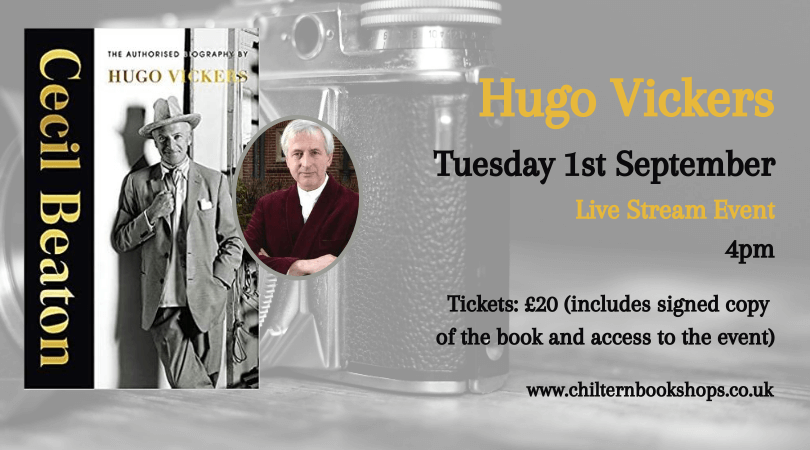 We’re delighted to welcome back Hugo Vickers for a live stream event where he’ll be talking about his authorised autobiography of Cecil Beaton, one of Britain’s greatest cultural icons.

The paperback re-release is in conjunction with a major exhibition at the National Portrait Gallery this year titled Bright Young Things.

Beaton was known, not just as a photographer capturing some of the most celebrated portraits of the 20th century, but also as a designer of the iconic sets and costumes for the films My Fair Lady and Gigi.

Tickets include a signed copy of ‘Cecil Beaton: The Authorised Biography’ and access to the live stream.