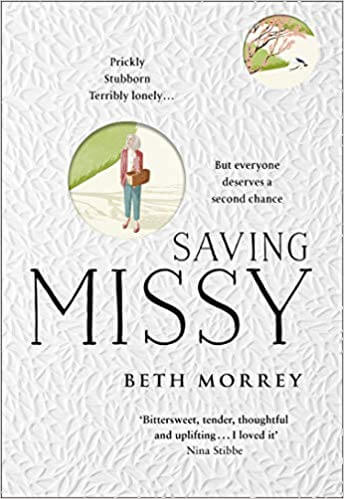 This is Beth Morrey’s first novel and we look forward to welcoming her to Gerrards Cross at St. Andrew’s United Reform Church (above the Bookshop) for an afternoon event with tea and cake!

Beth was inspired to write her debut novel, Saving Missy, while pushing a pram around her local park during maternity leave. Getting to know the community of dog owners, joggers, neighbours and families, she began to cultivate the seeds of a novel about a woman saved by the people around her, strangers who became friends.

Previously Creative Director at RDF Television, Beth now writes full time. She was previously shortlisted for the Grazia-Orange First Chapter award, and had her work published in the Cambridge and Oxford May Anthologies while at university.

Beth lives in London with her husband, two sons and a dog named Polly.

We are looking forward to hearing all about this heart warming book that is an affirmation of joy and of being kind to others and yourself.

Young mums with babes in arms most welcome.