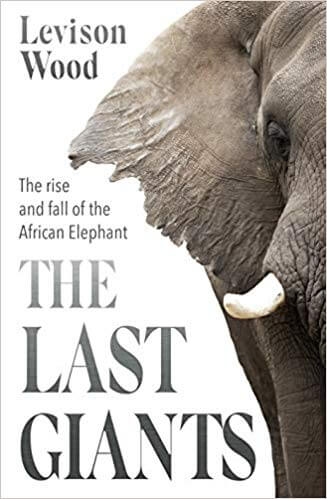 The Last Giants : The Rise and Fall of the African Elephant by Levison Wood

Levison Wood is a British explorer, writer and photographer whose work has featured around the world.

As a photographer and writer, Levison has contributed to some of the most respected publications in the world including the Times, the Telegraph, the Financial Times, BBC, National Geographic, CNN, Discovery Channel and Condé Nast Traveller. His photography has taken him from the streets of Baghdad in 2003 to the mountains, deserts and jungles of Afghanistan, Syria, Pakistan, Sudan, most of Sub-Saharan Africa, and the Indian subcontinent. Levison spent a number of years as an Officer in the British Parachute Regiment, where he served in Afghanistan fighting against Taliban insurgents in Helmand, Kandahar and Zabul in 2008.

This book comes at a critical time. Fifty years ago, Africa was home to just over 1.3 million elephants, but by 1990 the number had halved. Meanwhile in the span of a lifetime, the human population has more than doubled.

In Levison’s “The Last Giants”, he explores the rapid decline of one of the world’s favourite animals. Filled with stories from his own time spent travelling with elephants in Africa, the book is a passionate wake-up call for this endangered species we take for granted. The Last Giants was written to inspire us all to act – to learn more and help save the species from extinction. We look forward to welcoming Levison to the Reach Free School.

Tickets: Single Entry £20 allows entry and includes a copy of The Last Giants RRP £20. Couples ticket is available for £30 and allows entry for 2 people with one copy of the book, available from www.chilternbookshops.co.uk or Chorleywood Bookshop 01923 283566