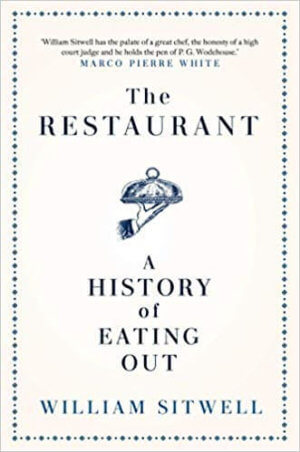 THE RESTAURANT: A History of Eating Out by William Sitwell.

William is a Masterchef judge and the Telegraph’s food critic. His review of the history of eating out begins with the sophisticated dining scene in ancient Pompeii and then takes us on a vivid romp through the fascinating history of eating out. Covering the Ottoman Empire, post-war Britain, the French Revolution, London’s opening of Le Gavroche in the 60s and the US counterculture, it is a story of decadence, politics and endeavour. Spanning 2,000 years of dining, we see the restaurant used to symbolise transformation and the spread of cultural ideas across the globe, from the coffee house revolution to the invention of the taco machine and the sushi conveyor belt. William’s book is a highly enjoyable narrative told with humour and many entertaining characters, concluding with his thoughts on the future of dining out. We look forward to welcoming him to Chorleywood.