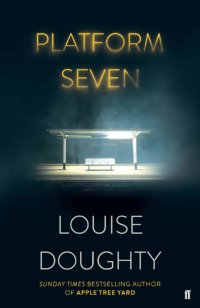 Platform Seven at 4am: Peterborough Railway Station is deserted. The man crossing the covered walkway on this freezing November morning is confident he’s alone. As he sits on the metal bench at the far end of the platform it is clear his choice is strategic – he’s as far away from the night staff as he can get.

What the man doesn’t realise is that he has company. Lisa Evans knows what he has decided. She knows what he is about to do as she tries and fails to stop him walking to the platform edge.

No one is more desperate to understand what connects them than Lisa Evans herself. After all, she was the first of the two to die.

Join Chorleywood Bookshop and Louise Doughty for a chilling night delving into her brilliant and exhilarating new novel!