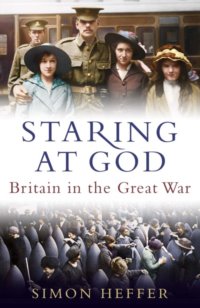 Simon painstakingly examines the increasingly frantic conversations between Whitehall and Britain’s embassies across Europe. He explains how a government so keen to avoid conflict found itself not only championing it but seeking to transform the country to fight it – and how, in the process, Britain was irrevocably changed.

Join Chorleywood Bookshop and Simon Heffer to celebrate his insightful and fascinating new book ‘Staring at God: Britain in the First World War’! A marvelous night for history lovers and novices alike.