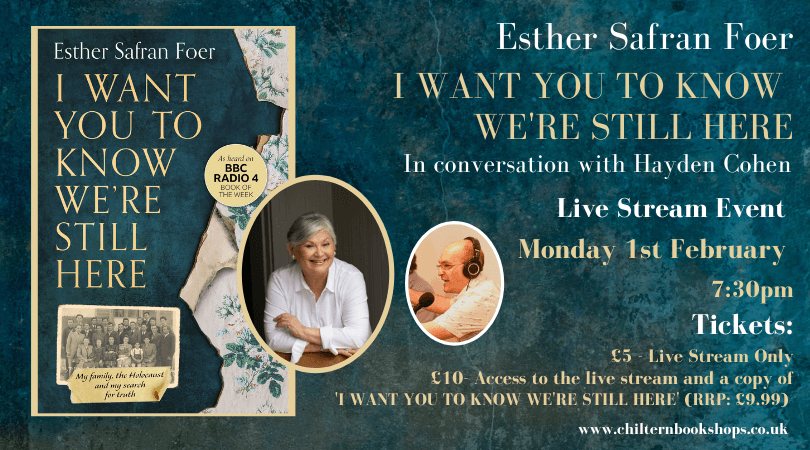 A BBC RADIO 4 BOOK OF THE WEEK

Esther Safran Foer’s parents, who came to the U.S. in 1949, were the only members of their respective families to survive the Holocaust, but their harrowing experiences were never spoken about. The result was a childhood marked by painful silences and continued tragedy.

I Want You to Know We’re Still Here chronicles a shocking discovery by Esther Safran Foer – that her father had a previous wife and daughter, both killed in the Holocaust. The book follows the trip she takes to Ukraine, armed with only a black-and-white photo and hand-drawn map, to find out more about her half-sister and the family who risked their lives to hide her father during the war. This post- holocaust memoir details everything Esther Safran Foer came to learn about herself and the extraordinary lengths her family went to in order to survive persecution during WW2 and it’s aftermath.