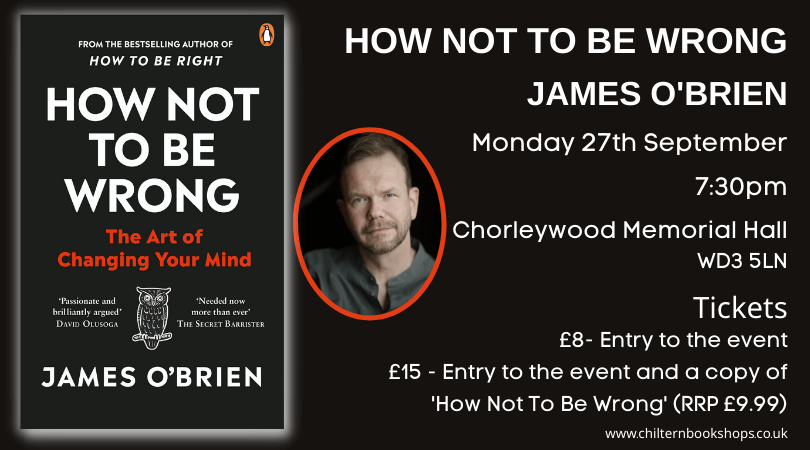 James O’Brien has made his name interrogating the opinions of his callers live on air, to well over a million listeners. From Brexit to Boris, people are used to being asked ‘what’ their views are, but when James asks ‘why’ they think what they do, he is often met with surprising and profound results.

In How Not To Be Wrong, James puts himself under the microscope, laying open his personal beliefs and opinions on everything from racial prejudice to showing emotions, from fat-shaming to tattoos, as he digs up the real reasons – often irrational or unconscious – behind them.

James airs the toxic masculinity and traditional “stiff upper lip” attitude that coloured his childhood, and the therapy and personal growth that led him to question his views and continually explore new perspectives. How Not to Be Wrong also includes thought-provoking exchanges on unconscious bias, privilege and the right to be wrong, with some of his most popular interview guests, such as Akala, George The Poet and Malcolm Gladwell.