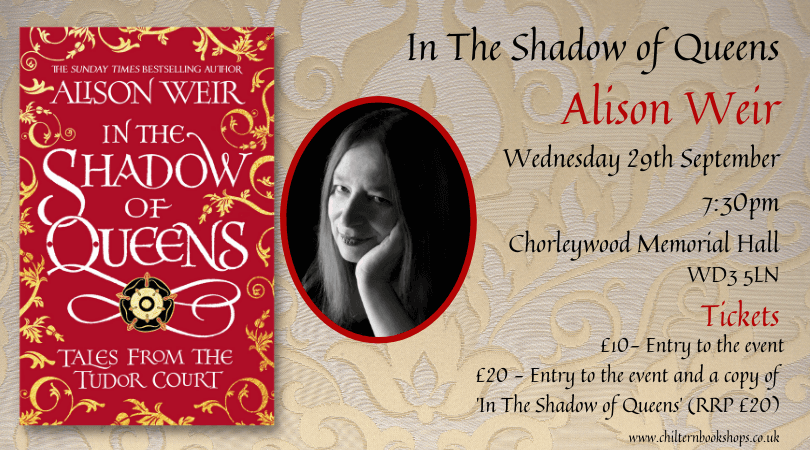 We’re thrilled to welcome back acclaimed historian Alison Weir to Chorleywood, where she’ll be talking about her short story collection In the Shadow of Queens.
Behind every great king stands a queen. And behind every queen, the whole court watches on…
Over the years of his reign, six different women took their place beside King Henry VIII of England as his wife and queen.
But the real stories of the six Tudor queens belong to those who lived among them. Played out in glittering palaces and whispering courts, these are tales of the people who loved and served these women, and those who lied and betrayed them.
Collected together for the first time,
In the Shadow of Queens reveals thirteen startling stories from the Tudor court, told by those at the very heart of that world.
*Copies of In the Shadow of Queens will be available to purchase on the night for the special price of £15 (RRP £20)*