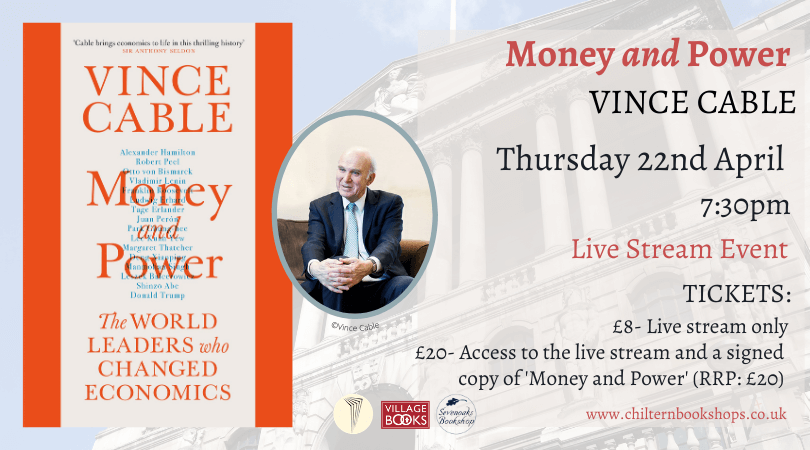 We’re delighted to be welcoming economist and politician Vince Cable to our virtual stage, where he’ll be discussing his new title Money and Power.

Through economics, our politicians have the power to transform people’s lives for better or worse. Deng Xiaoping who lifted millions out of poverty by opening up China; Franklin D Roosevelt whose ‘New Deal’ helped the USA break free of the Great Depression. Or Peron and his successors in Argentina who brought the country to the brink of ruin.

Vince Cable examines the legacy of sixteen world leaders who transformed their countries’ economic fortunes and who also challenged economic convention. From Thatcher to Trump, from Lenin to Bismarck, Money and Power provides a whole new perspective on the science of   government.