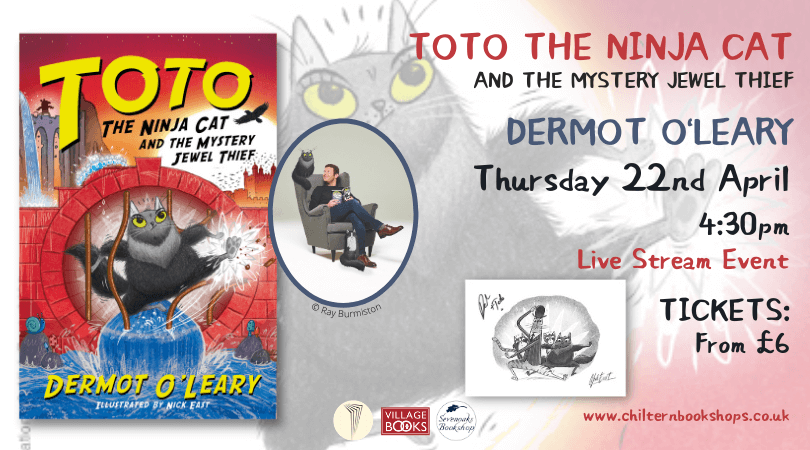 Join Dermot (and Toto) for some mysterious after school fun!

Toto is no ordinary cat, and she can’t wait for you to join her on her FOURTH ninja adventure!

Toto and her friends are due to be looking after the French ambassador on a day of sightseeing, finishing at the Tower of London to see the animal world’s crown jewels: a sacred diamond cat collar.

But when they arrive, the collar has disappeared – and what’s worse, it looks like Toto’s boss Larry is responsible, with Toto as his accomplice! Toto is almost arrested, but she escapes to try and get to the bottom of the mystery and clear her name.

She and her friends will have to follow some strange clues that will take them to a secret bookshop, Buckingham Palace and the rats’ underground city in the sewers… Can they defeat an unexpected villain and bring the thief to justice?