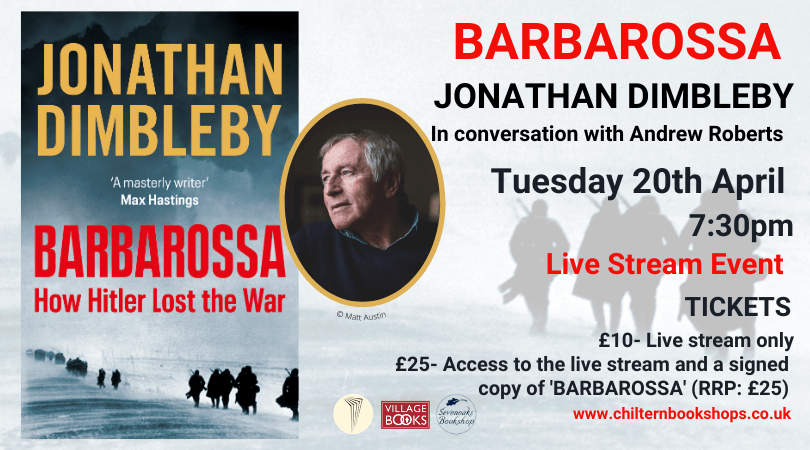 Barbarossa, Hitler’s invasion of Russia in June 1941, was the largest military operation in history, its aim nothing less than ‘a war of extermination’ to annihilate Soviet communism, liquidate the Jews and create lebensraum for the so-called German master race. But it led to the destruction of the Third Reich, and was entirely cataclysmic; in six months of warfare no fewer than six million were killed, wounded or registered as missing in action, and soldiers on both sides committed heinous crimes behind the lines on a scale without parallel in the history of warfare.

In Barbarossa, drawing on hitherto unseen archival material – including previously untranslated Russian sources – in his usual gripping style, Jonathan Dimbleby recounts not only the story of the military campaign, but the politics and diplomacy behind this epic clash of global titans.