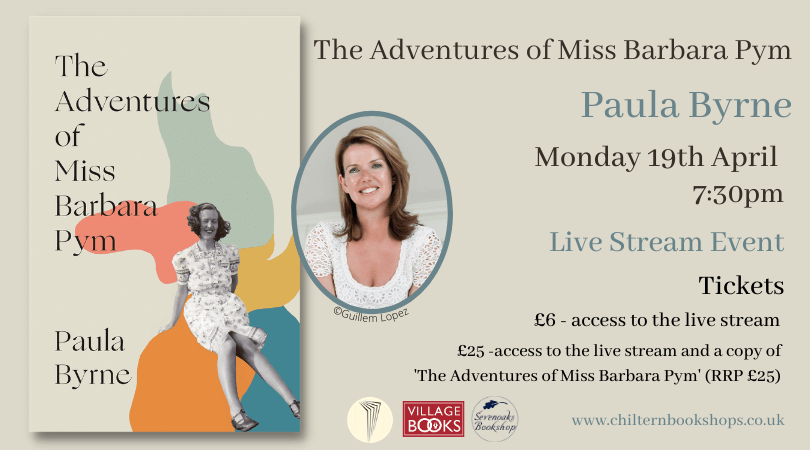 She was Pym to friends. Miss Pym in her diaries. Sandra in seduction mode. Pymska at her most sophisticated. She became beloved as one of the wittiest novelists of the late twentieth century, with an unparalleled ability for revealing the inner workings of domestic life. Her friend Philip Larkin announced her the era’s own Jane Austen. But who was Barbara Pym and why is this English writer – one of the great chroniclers of the human heart – not more widely known?

Written with the wit and shrewd observations to match its subject, Paula Byrne’s new biography is the first to make full and unexpurgated use of Pym’s archive. Whilst it has no desire to ‘dig dirt’, the information uncovered in this book for the first-time sheds dramatic new light on both Pym the woman and the writer. Byrne quotes copiously from Pym’s diaries and letters as her observations on everything from food, clothes to heartbreak provide fascinating commentary on the transformation of middle-class women’s lives between the 1920s and 1970s.