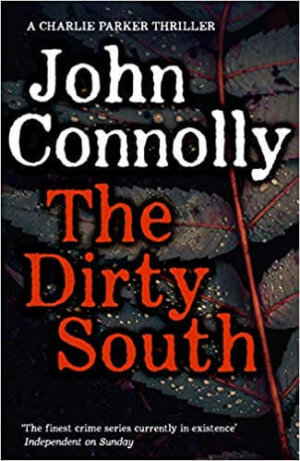 It is 1997, and someone is slaughtering young black women in Burdon County, Arkansas. But no one wants to admit it, not in the Dirty South. In an Arkansas jail cell sits a former NYPD detective, stricken by grief. He is mourning the death of his wife and child and searching in vain for their killer. He cares only for his own lost family. But that is about to change . . .
We welcome John Connolly, author of the Charlie Parker mysteries, The Book of Lost Things, the Samuel Johnson novels for young adults and, with his partner, Jennifer Ridyard, co-author of the Chronicles of the Invaders. John Connolly’s debut – Every Dead Thing – introduced the character of Private Investigator Charlie Parker, and swiftly launched him right into the front rank of thriller writers. All his subsequent novels have been Sunday Times bestsellers. He was the winner of the 2016 CWA Short Story Dagger for On the Anatomization of an Unknown Man (1637) by Frans Mier from NIGHT MUSIC: Nocturnes Vol 2. In 2007 he was awarded the Irish Post Award for Literature. He was the first non-American writer to win the US Shamus award and the first Irish writer to win an Edgar award. BOOKS TO DIE FOR, which he edited with Declan Burke, was the winner of the 2013 Anthony, Agatha and Macavity awards for Best Non-Fiction work.