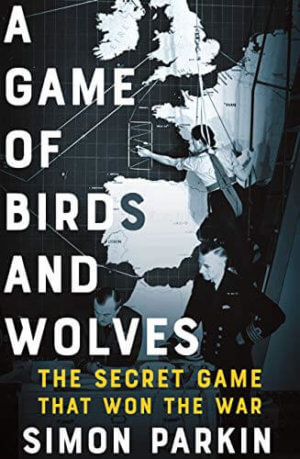 We are delighted to welcome investigative journalist and award-winning feature writer Simon Parkin, who will tell us the tale of Operation Raspberry and its unsung heroes.

In his book, “A Game of Birds and Wolves: The Secret Game that Won the War” he brings the hidden figures of sub-mariners into the light and shows the ingenuity, perseverance and love needed to defeat the Nazis in this gripping tale of war at sea.

This is the story of the game of battleships that won the Second World War. In the first week of 1942 a group of unlikely heroes – a retired naval captain and a clutch of brilliant young women, the youngest only seventeen years old – gather to form a secret strategy unit. On the top floor of a bomb-bruised HQ in Liverpool, the Western Approaches Tactical Unit spends days and nights designing and playing war games in an effort to crack the U-boat tactics.

A gripping tale and by a compelling writer. Come and listen to the story as never told before.